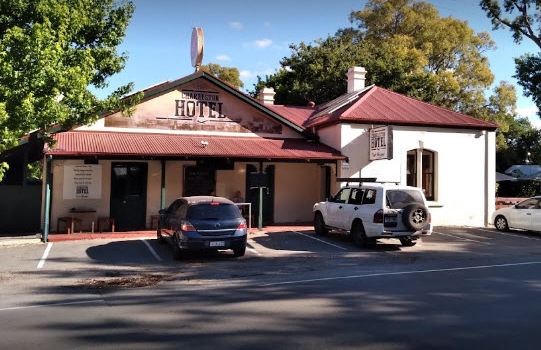 This year’s Xmas function will be held at the Charleston Hotel at 1 pm on Saturday 17 December for members and partners. Guests may be possible depending on numbers. Members and partners meals will be subsidized to $10 per head.

Would all members interested in attending please let Mick Jenner or Kev Tipler know as we need to confirm numbers with the venue. Masks are not required.

The normal menu will be available.

There will not be a December meeting at the Tower Hotel, as we will have a quick meeting prior to the lunch. 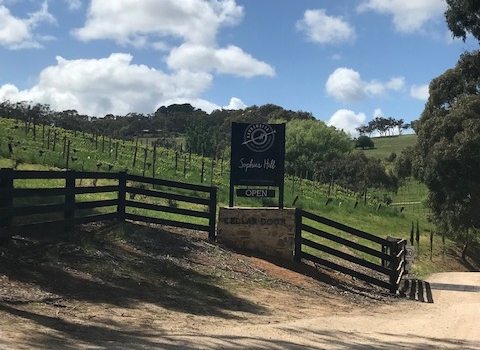 A wine run around the Hahndorf area was undertaken by club members on Saturday 23 October. Four Jeeps and a Perenti took part along with some friends of Mick and Deb Jenner. We met at Millies Bakery at Mount Barker for coffee, before heading off to the Karrawatta winery near Meadows through the verdant  Adelaide Hills. This spectacular winery is situated amongst vines grown over the adjacent rolling hills. The cellar door is a quite recent development to the vineyard which has been in operation since the early nineties. After wine tasting, we set off for lunch at the Longview winery near Macclesfield.  We were seated in a private room overlooking the sprawling vineyards, and some local sculptures. Lunch consisted of plentiful platters of antipasto and cheese, accompanied by the local wines. Some members also undertook tastings.

After lunch we set off to Hahndorf via Echunga to our last stop at the Landhaus winery on the main road in Hahndorf where we were met by the effusive host who offered tasting of up to 18 of their wines. However being late in the day, the ladies opted for a glass of bubbles, with some of the men choosing a cleansing ale or coffee.

A really great day out, enjoyed by all who attended. A big thank you to Deb Jenner for organizing the event.