An apology and redress is needed to the thousands of young men conscripted into the Australian Army.

Reprinted as written by: BRUCE HAIGH

On November 26 last year Defence Minister Stephen Smith announced a judicial inquiry into cases of abuse within the Australian Defence Force from the 1950’s through to the present day. The single act of introducing conscription, by ballot, of young men into the Australian Army, in the years 1965 to 1972, for military service overseas in a war zone, constitutes one of the graver acts of abuse and bullying of Australian citizens in recent history. The judicial inquiry, should look at the ethics, effect, equity and justice of conscription. It was an abuse of power and of people, and redress and an apology are required to right the wrong that was committed.

Australia twice voted against the introduction of conscription during World War I. Conscripts fought in Papua, in World War II, because it was an Australian Territo- ry; they fought with great distinction on the Kokoda Track, stopping the Japanese just short of Port Moresby and getting abused by the head of the Army, General Thomas Blamey, for their trouble.

Conscription or national service as it was euphemistically called, was introduced in

1965 to provide a pool of trained young men for military service in Vietnam, Aus- tralia had a professional army of volunteers, but after the decision was made to go to war with the United States, concern was expressed within a small a restricted circle of government, that volunteers might not come forward in sufficient numbers to man an expanded army in a commitment of unknown duration and intensity.

The Prime Minister, Robert Menzies, announced the introduction of conscription on November the 10, 1964; the necessary amendments to the Defence Act were made on April 6, 1965. Menzies announced the commitment of 1 RAR, a battalion of reg- ular soldiers, to Vietnam the next day. He gave no indication that he intended to send the first of the conscripts when their training was completed at the end of 1965

In citing the need for a limited ballot to draft 20 year old men into the army for two years, Menzies referred vaguely to the growing communist threat from the north and the need for Australia to be prepared to meet any sudden threat quickly.

There was also a hint that Indonesia might again threaten regional security. However it seems that Menzies knew exactly why he wanted a bigger army; he had given se- cret undertakings to the US that Australia would be prepared to give legitimacy, through provision of Australian troops, to a much increased US involvement in Vi- etnam. It was an act mirrored by another Liberal prime minister, John Howard, near- ly 40 years later.. On August 6th, 1964, the US Congress gave the president the power

to take whatever action he thought necessary in Vietnam. This was expressed in the Gulf of Tonkin Resolution. Menzies and foreign minister Paul Hasluck were led to believe that Australia would be asked to make a major commitment to the war in Vietnam.

If Menzies had wanted to prepare for a general but unspecified threat he would have drafted young men not only into the army but also into the navy and air force. This was the system in operation from 1950 to 1960. This system required three months full-time training and a camp once a year. It was scrapped because the ser- vice arms saw it as an unnecessary drain on limited resources. Too much time was spent on training recruits rather than lifting and maintaining the skills of profes- sional volunteers.

Anne Marie Jordens, in a chapter ”Conscription and dissent” of the book Vietnam Remembered” (New Holland, 2009). Says. Menzies avoided seeking a mandate before introducing conscription for overseas service….and the intense secrecy with which the government enshrouded its plans, ensuring no widespread debate oc- curred before the scheme was firmly in place.

From 1965 to 1972, 804,000 young men registered for national service, 63,375 conscripts served in the army, 19,450 in Vietnam; 1479 were injured and 200 killed. Many others were killed and injured during training and road accidents trav- elling interstate to see family and friends. No record has been kept of national ser- vicemen who died while serving in the army, other than in Vietnam. More than 61,000 Australians served in Vietnam 42,700 in the army. In all, 520 Servicemen died in Vietnam and 2398 were wounded.

Conscripts or “Nashos” as they liked to refer to themselves, were not legally al- lowed to vote or drink at the time of their registration; they were not allowed to take out a bank mortgage . They were legally under-age. The only way out of mili- tary service was to fail the medical, become a conscientious objector, evade the law or be undertaking studies or skills training at the time of registration. Some were allowed to join the Citizens Military Forces because they were in reserved occupations, such as farming.

Unlike regular soldiers awarded the Australian Defence medal, they are not entitled to a pension. By and large they accepted their fate and made good and loyal soldiers; they fought with distinction in Vietnam and did their duty in Australia. They are not asking for much, just recognition that at the age of 20 they were removed from family, friend, jobs and careers and stripped off everything familiar, including their hair. They were taught to be aggressive, mechanical, neat and tidy.

Recognition of the nature of the 1965/72 National Service Scheme and of the eth- ics of conscripting men, not yet able to vote, for service overseas in a war as bloody and complex as either of the two world wars and Korea needs acknowledgement and examination. Conscripted and trained 63,000 to go to a spe- cific war. They were not just trained to be soldiers; they were trained to go to Vietnam.

Nashos who went to Vietnam get the benefit due to veterans of that war. It has been suggested that the 1965/72 conscripts would like a clasp on their National Service Medal to show the years in which they served and some limited benefits, such as an annual medical check and a rebate on commonly used drugs, hearing aids and glass- es, for conscripts who, although eligible, did not go to Vietnam.

The judicial inquiry should look into the abuse brought about by the unjust act of conscription an act that led to a great deal of protest and civil unrest. The enquiry should examine the efficiency of an apology and the introduction of some benefits to conscripts who are not recipients of other veteran entitlements.

Bruce HAIG is a political commentator and a former national serviceman and diplomat. 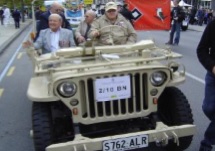 Another Anzac Day has come and gone and again members of the WVCG rallied and supplied their vehicles to carry Australian veterans of conflicts around the world. It was hoped that people at the march would have provided the editor with photographs of their wonderful vehicles , but alas few were provided.
The 2013 Anzac Day March was again very well supported by members of the pub lic who turned out in droves. This all looks very promising for the 100th anniversary in 2015. It was estimated that around 10,000 people turned up for the Dawn Service and what I have heard around the net, all country towns had larger than normal attendances at their Dawn Services.
I was proud to again carry Rat’s of Tobruk Veterans, two were 92 years of age and I found that even though they were getting older they had not lost their sense of hu- mour and we had a lot of laughs along the way. One of my veterans was, Max “Chappie” CHAPMAN of Moonta. The Advertiser printed a long story of his time in the desert and New Guinea and I was proud to carry him in the march. I took a photo of him behind the wheel of my Jeep. 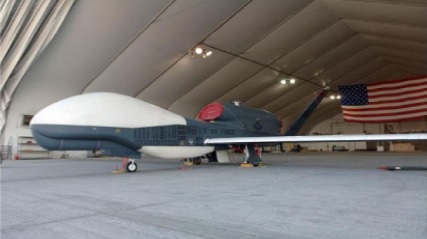 The Global Hawk is controlled via satellite.

It flew missions that went from Ed- wards AFB and back nonstop. Basically, they come into the fight at a high mach # using military thrust power, fire their AMRAAMS, and no one ever sees them or paints with radar. There is practically no radio chatter because all the guys in the flight are tied together electronically and can see who is targeting who, and they have AWACS (Airborne Early Warning and Control Systems) direct input, as well as 360 situational awareness from that and other sensors.

The enemy had a definite morale problem before it was all over. It is to air superiority what the jet engine was to aviation. It can taxi out, take off, fly a mission, return, land and taxi back on its own. There are no blackouts, pilot fatigue, relief tubes, ejection seats, and best of all, no dead pilots, and no POWs…

On evening of the 10th April members of the WVCG attended the Noarlunga Sea Scout Troop at their base head quarters.

5 WVCG members vehicles were placed on display for the sea Scouts to view and each member and described their vehicle and spoke about their role in WW2. The Sea Scouts were broken into groups and were able to talk to the owners and sit in the vehicles.
The Noarlunga Sea Scout Group is the largest in Australia with 120 members, both boys and girls. WVCG members were made very welcome. The Scout Group lead- er Adam Burge is also a member of the WVCG. Adam gave us a tour of their facili- ties, Boat Ramp, Club Rooms, Canoes and boats. They then put on a sumptuous BBQ for us and after a good evening we all headed back home.
Our thanks go to Adam Burge and his Sea Scouts for making us welcome and to WVCG members; Aaron FELL, Mick Jenner , Pedr HORLEY, Brad MITCHELL, and Tony VAN RHODA , who supplied their vehicles for the evening event. 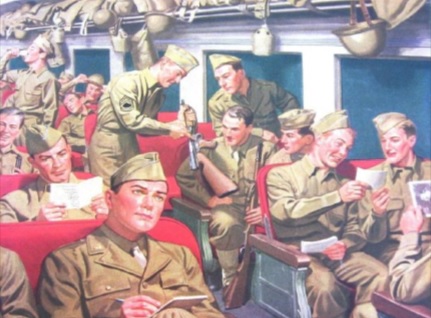 The executive of the WVCG wish to advise that we have been ad- vised by the organisers of the Pichi Richi Railway that our planned joint Troop Train re-enactment with the SA Re-enactment Group has been cancelled. This means the WVCG will not be travelling to Quorn this year and we will not be part of the annual October Long Weekend Troop Train re-enactment.
This has been a blow to those in the WVCG and the RSA who have worked so hard this year to make it happen. The new people in charge at the Pichi Richi Railway were not in favour of the earlier decisions made to stage the event. It is disappointing that they left it to the last minute to advise us.
The WVCG and the RSA will still look at staging a joint event and once details are known a special bulletin will be sent to all WVCG members and also placed on our new website.